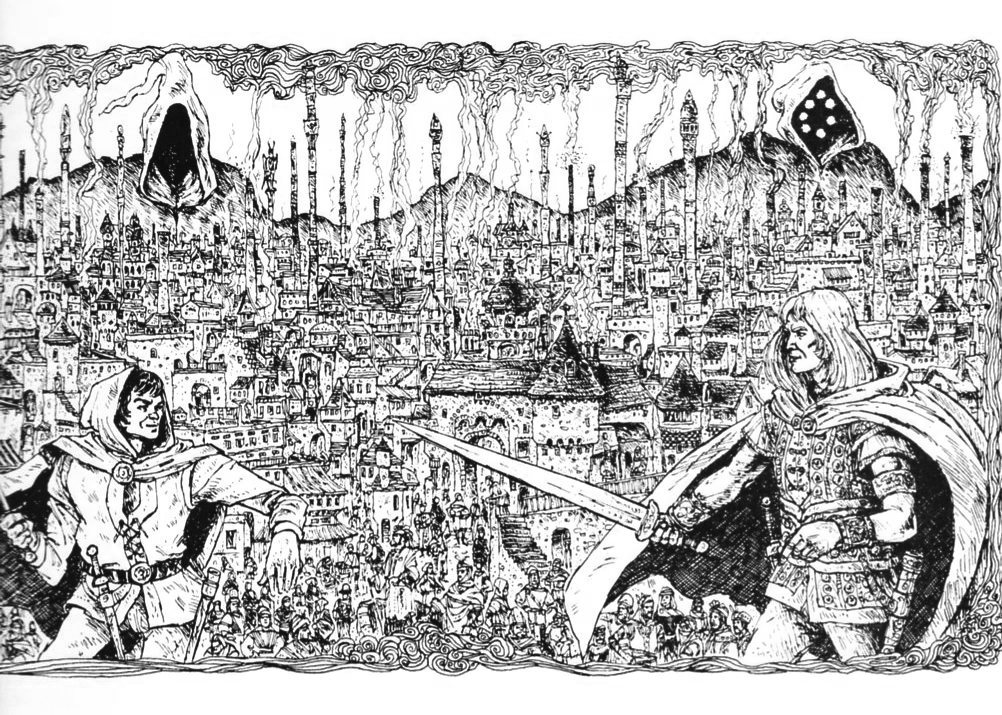 So as not to re-invent the wheel:

A chronological overview of the Nehwon campaign

The Old Ones: Quarmallians and Elves

Fafhrd and the Gray Mouser

(August 2016 — October 2018, 10 sessions). Skull Business: In Lankhmar city, thieves, merchants, astrologers, cultists and beggars impede our heroes’ efforts to sell their northern plunder. Against the Ape Cult: Two sinister cults threaten a return to bad old days, but their plans are interrupted. Violence for Votishal: The heroes’ reputation for cultish dealing grows, and they help the Temple of Votishal by ridding it of a hungry ghost.

The Horn Gate adventure and the Savage North

(March 2013 — March 2015, 8 sessions).
What is the mystery of Horn Gate? Where do its passive but secretive blue-eyed folk come from? Aaaaaaaaaaaaa-aaah They come from the land of the ice and snow!1 (And through a magical portal too).

A long, cold trek from the forgotten ruins of Olathoe, through the Great Rift Valley and the Cold Waste, to Cold Corner and the Great Forest. Battles with spiders and wodemen. Some old friends are farewelled forever, and new ones welcomed.

(January 2011 — November 2012, 10 sessions). Three dreamers from across Nehwon and further meet in the Dreamlands and journey to the Moon and beyond, lured by a dark stranger.

(June 2009 — June 2010, 10 sessions). Two strangers (and unknown to them, a third) from the weirdest and most xenophobic lands of Nehwon are marked by a river God as his chosen ones. They journey upriver to confront an ancient evil beneath Ogre Island. (The first campaign I hosted on Obsidian Portal).

My related blog post about integrating RuneQuest material into Lankhmar

“Sevenscore thousand smokes and one: making Lankhmar home”
The real-time history of the Nehwon Campaign
Bibliography including gaming and literary sources — my ‘Appendix N’ if you like

1 Thanks to the Immigrant Song by Led Zeppelin

by: nehwon
See All Pages

I'm sorry, but we no longer support this web browser. Please upgrade your browser or install Chrome or Firefox to enjoy the full functionality of this site.